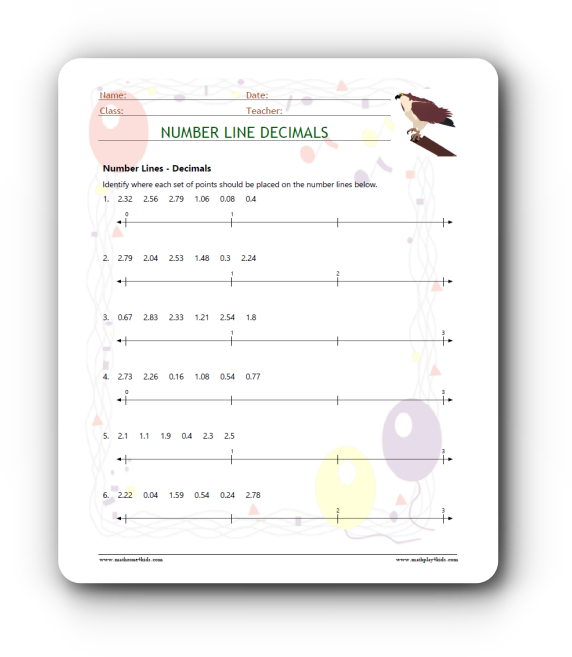 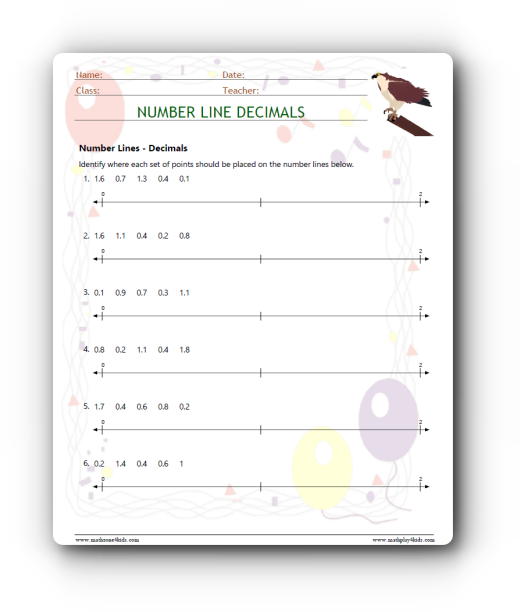 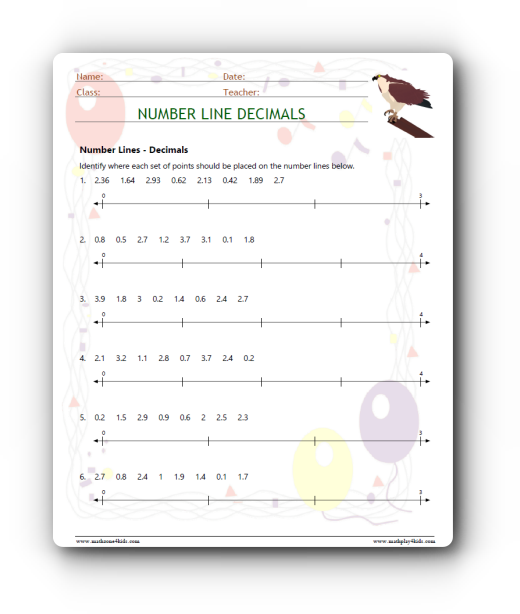 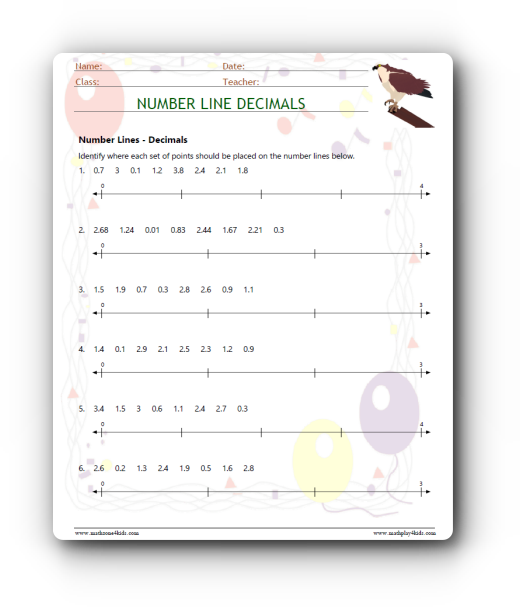 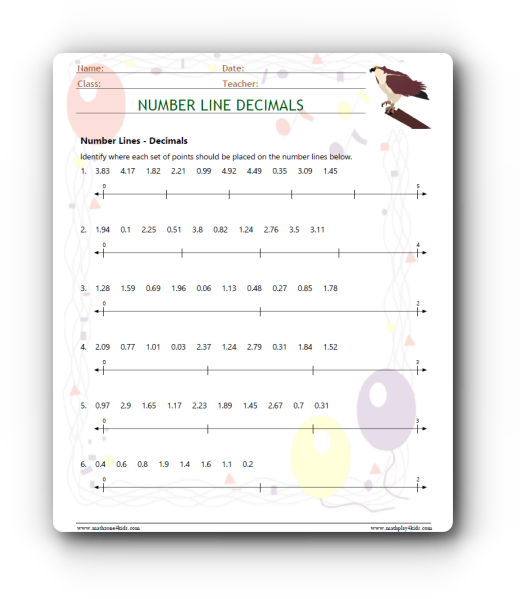 Decimal from least to greatest 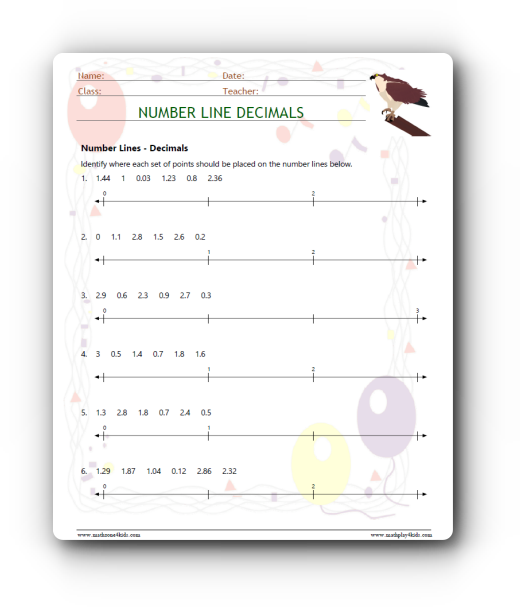 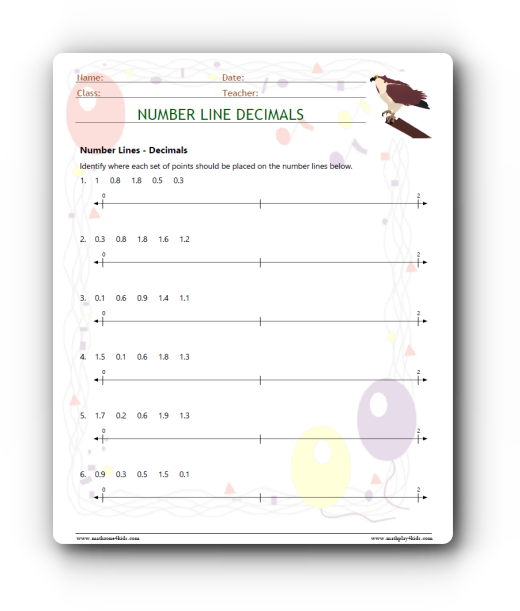 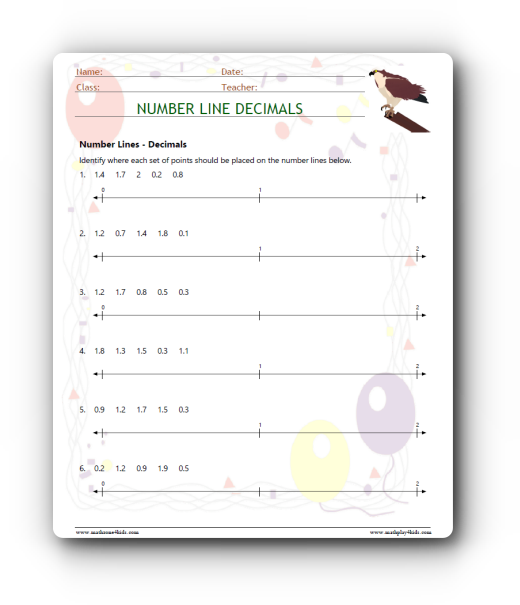 Decimal on a number line 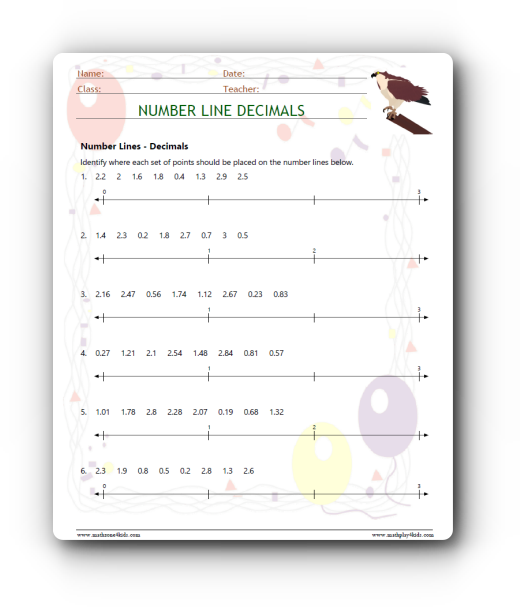 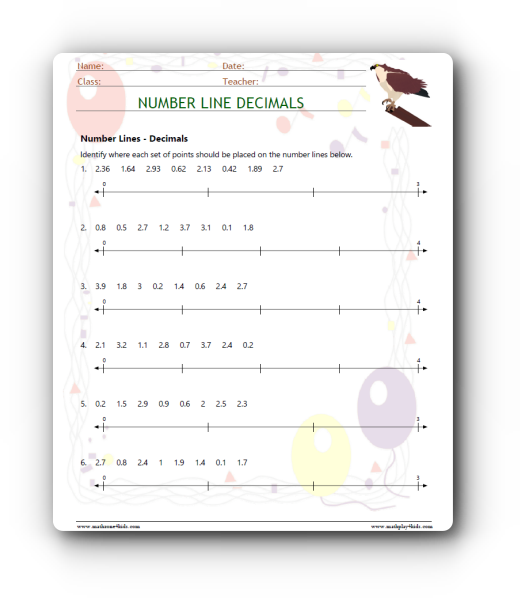 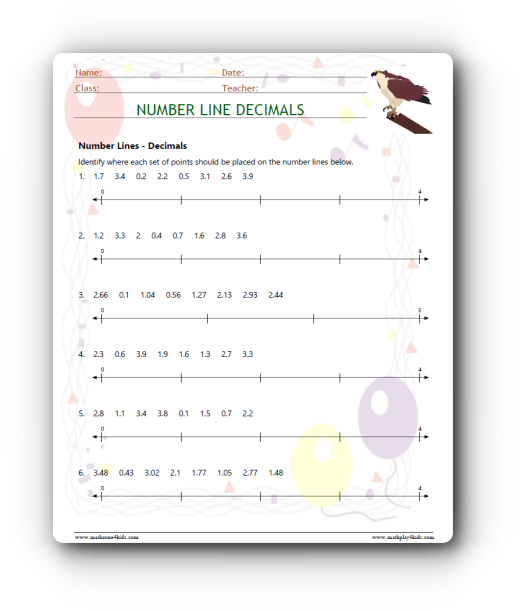 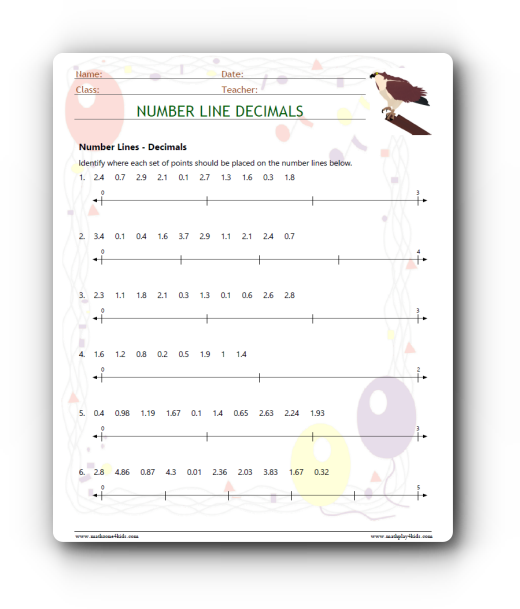 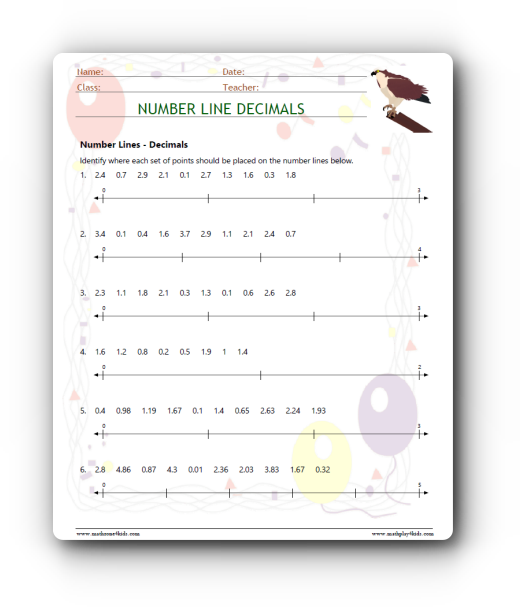 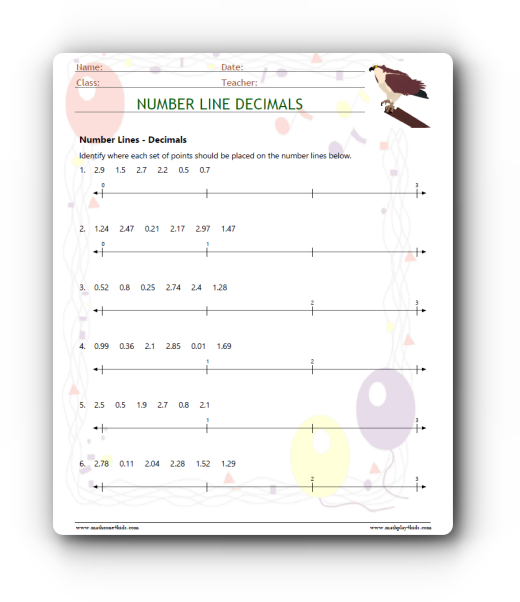 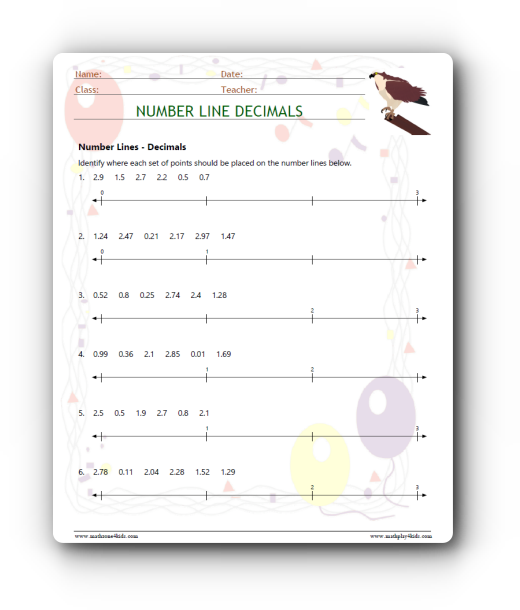 Our convenient number line with decimals is available to help if you need to introduce decimals to students. Since decimals might be intimidating for kids at first, this decimals on a number line resource is a great teaching tool. It's the ideal addition to a classroom, or you could offer it to students as a stimulus for their own work and parents can also use it while teaching math decimal concepts.

Another type of fraction is a decimal, in which a dot separates the full number from the fractional portion. With the exception of how they are represented, fractions and decimals on a number line seem quite similar. We may do exact calculations with the aid of decimals if the changes in tiny quantities are crucial. In this post, we cover more about how decimals on a number line appear, multiple practice resources like decimals from least to greatest worksheet, and what different decimal places worksheets are also included.

Decimals worksheets assess children's knowledge in a variety of ways and range in complexity. The worksheets are all sorting exercises where students must arrange the numbers in a table, or diagram, or individually circle the numbers in order to determine their decimal place values. Each worksheet contains an answer page to help you to check the performance of the kids.

How To Show Decimal On A Number Line?

Plotting decimals places referred to as representing decimals on a number line. A dot ( . ) denotes the separation of the integral and fractional parts of decimal values. It is possible for the integral portion to be less than 0 or more than 0. The decimals are positioned between the integers on a numerical line. The display of number line decimals resembles fractions in many ways. On a number line, the negative area is represented by the left side of 0 and the positive region is represented by the right side of 0. Worksheets on ordering decimals pdf help to master the concept quickly.

This collection of decimals-questions-for-class-5 has been carefully created to help students to understand the use of place values when dealing with decimals. Worksheet pdfs have also been given to assess your child's comprehension of decimals-places.

When should decimals be used?

When a situation calls for more accuracy than a whole number can provide, decimal numerals are utilized. Visit our decimals on a number line page to learn more about decimals, decimal division, and procedures for converting fractions to decimals. You can also get a large range of free decimal examples pdf to print. These math decimal worksheets can be used as a relaxing exercise for students who finish early or as homework after you have taught math decimal questions. You can revisit these worksheets with your children at home to assess their progress.